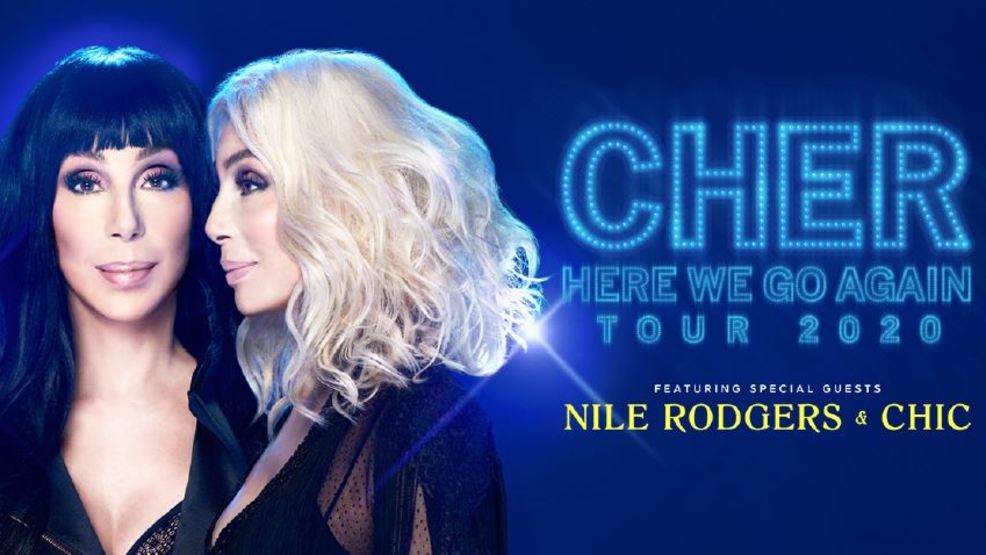 The Here We Go Again Tour is the seventh solo concert tour by American singer-actress Cher in support of her twenty-sixth studio album Dancing Queen. This is the first time the singer has embarked on a world tour since her Living Proof The Farewell Tour in 2002-2005.