Jonathan Cain, keyboardist for Journey, talks about his new solo album “More Like Jesus” (arriving May 3rd). He chats about the message of the songs, his musical signature, how the music ties into the message, and more.

Luc chatted with Moana of The Jets, who are performing with Exposé on May 10th at Ho-Chunk Gaming in Black River Falls. She talks about how the group came to fame, some of their bigger moments of the 1980s, and what they’re doing in their current shows.

We chatted with Scott McDonald, the “Lindsey Buckingham” of TUSK The World’s Number One Tribute To Fleetwood Mac, coming to Pablo Center At The Confluence on Saturday, April 13th. He talks about the music they’ll be playing, his favorite songs from Fleetwood Mac and Buckingham, and more: 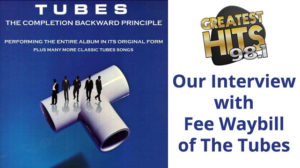 Fee Waybill, lead singer of The Tubes, talks about the band performing the entirety of their 1981 album “The Completion Backward Principle” (including a show April 5th at Medina Entertainment Center in the Twin Cities metro area), and chats about the creation of the classic release. 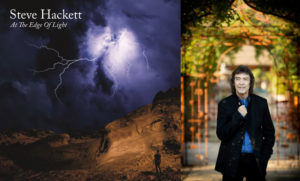 Steve Hackett talks about his new album, “At The Edge Of Light.” The former Genesis guitarist also talks about his tour this year (coming to Milwaukee October 4th and Minneapolis October 7th) where he will play works from his new album; the entirety of “Selling England By The Pound” by Genesis; and selections from his […] 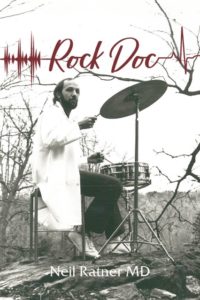 Our interview with Neil Ratner, MD, about his new book “Rock Doc,” talking about what got him interested in music, becoming friends with Michael Jackson, and musicians and the medical world.

Our interview with Ken Mansfield, author of “The Roof: The Beatles’ Final Concert” about being at the legendary rooftop event in London on January 30, 1969. (http://www.mainmansfield.com/theroof.html)

Frankie Reno, keyboardist/vocalist with Eaglemania, previews their January 18th show at Pablo Center At The Confluence in Eau Claire, and talks about the music of the Eagles.

Our interview with Randy Bachman ahead of his January 19th show at Pablo Center at The Confluence.  He talks about his new album “By George By Bachman,” working with his son in his band, and other current projects:

Gunnar Nelson/”Christmas With The Nelsons”

Our interview of Gunnar Nelson who, with this brother Matthew, is performing “Christmas With The Nelsons” on Sunday, December 9th at Ho-Chunk Gaming in Black River Falls.  He talks about putting together the show, writing Christmas music, and even his holiday cooking specialty.